April 07, 2017
I'm a member of the Short Mystery Fiction Society, an informal association of writers, publishers, and fans that has kept mystery & crime short stories in the public eye since 1996. On April 1, the Society announced the finalists for its 2017 Derringer Awards, and I had the idea to promote the finalists with interviews. 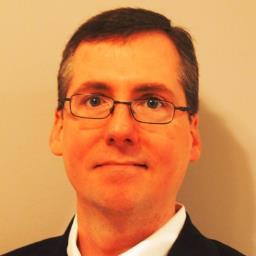 Up for Best Long Story (4,001–8,000 words) with "The Cumberland Package" (Alfred Hitchcock's Mystery Magazine, May 2016), Bob Mangeot is a member of Mystery Writers of America, International Thriller Writers, Sisters in Crime, Backspace, and Nashville Writers Meet-Up, among others. He lives in Nashville, Tennessee with his wife, neurotic Pomeranian, and an undisclosed number of cats.

What happens when you chase that unreachable dream. Plus bison cheese.

Fun stuff first. I enjoyed most letting the cast rip. Everyone in "The Cumberland Package" is their own cocktail of self-aggrandizement and moral compromise. Much comic grist for the mill. Which all sounds like literary la-tee-da until the murders start.

Difficulties. Top of the list: sticking with the story each time it came unstuck. Also, how strictly to hold with legal procedures or run with creative license. And going round and round on Vernon's moment-of-crisis fugue. It's a safe bet that no writer buddy, had I asked, would've advised I make absolutely sure the protagonist had an extended out-of-body sequence. And yet the story dragged Vernon there, and every time I cut it, the story wanted to fall apart. Eventually, go-big-or-go-home won out.

Do you have a (juicy) story about how your story came to be published?

Here’s the juiciest my non-juicy life permits: "The Cumberland Package" comes from the ashes of a 2011 NaNoWriMo crash-and-burn. In it, the antagonist needed a morally-challenged lawyer to help hatch a scheme. Enter minor character Vernon Stagg. For some reason, that mystery of fiction I guess, whoever read a Vernon chapter forgave him anything he said or did. They rooted for him. Okay then. I would set him loose on a short story.

I’ll tell you when I can stop pinching myself. So many crime stories out there wow me with the creative talent on display. To have a story of mine thought near that level is beyond an honor.