April 04, 2017
I'm a member of the Short Mystery Fiction Society, an informal association of writers, publishers, and fans that has kept mystery & crime short stories in the public eye since 1996. On April 1, the Society announced the finalists for its 2017 Derringer Awards, and I had the idea to promote the finalists with interviews. 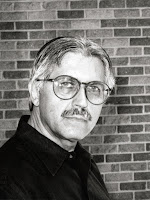 Describe your stories in up to 20 words each.

"A Just Reward": A man tries to pull a fast one to collect a reward. He underestimates the police and there’s a reckoning.

“Effect on Men”: Patricia has "this effect on men" and draws a private detective into a murder plot, leaving him with a hard choice.

What were the most difficult and most enjoyable parts of writing each story?

The difficulty in writing “A Just Reward” was keeping it a flash story with a decent plot. It was enjoyable writing it, then cutting and cutting, making it leaner and leaner until it was a good flash story.

The only difficulty in writing “Effect on Men” was keeping it from becoming a novel. My characters tend to take over my stories and most of the time, I run alongside and write down what they say and do. I struggled to keep it a short story. Most enjoyable—writing a good femme fatale story and giving my main character a genuine dilemma at the end.

Do you have a (juicy) story about how both/either story came to be published?

Nothing juicy but I’d like to remind everyone how long it takes. Not the writing but the acceptance and publication. Be patient. This is not the 20th century anymore. It takes a lot longer for an editor to make up her or his mind on a story.

Feels great. It isn’t easy making the cut into the final five. Each year we seem to get more submissions and so many are excellent. Shows the Derringer Awards are as important as many of us have felt for a long time.

September 13, 2014
Mitchel McCann may have lost a war, but he never lost his belief. The preacher kept his faith throughout all the blood and the dying; trading his pulpit for a saddle and delivering his sermons with a brace of Walker Colts. McCann still believes in God, but he is no longer sure that God believes in him. Now fate has given him a chance at redemption; the opportunity to save a life instead of taking one.

Justice Simpson was only seven years old when she lost father. She has been losing steadily ever since. The Yankee ball that did for Dan Simpson also killed his wife, Rosalee, although it took another nine years to do it. Alone and destitute on the unforgiving streets of Saint Joseph, Missouri, Justice knows that the sooner or later the bullet will find her too.

In the winter of 1872 the war is long over, but on the Kansas—Missouri border old wounds are slow to heal and they leave ugly scars. The past is something that neither the preacher nor the girl can escape.

September 17, 2019
Spenser flies to Los Angeles to join the ten-day-old search for model-actress Gabby Leggett at her estranged mother's request. With former apprentice Sixkill and gunman friend Chollo, he discovers Gabby's involvement with a powerful studio executive and a shady empowerment group.

December 18, 2019
I started this blog in 2005 to store the guidelines and related chats from my Yahoo! Groups DetecToday, Spenser's Sneakers, and CrimeSeen. Unfortunately, Yahoo! has announced that as of October 28, 2019, it will no longer allow users to upload photos, files, and other content.

The week of December 16, 2019, many Yahoo! Groups features were eliminated, most importantly message archives and the digest function, and I deleted my Yahoo! Groups.

Present activity in my groups was light enough I decided to move further discussion to this blog and its Comments section. No need to sign up to participate. Simply comment on my posts. I will approve comments as blog owner/moderator. Each post will be labeled with the group it most closely interests: DetecToday, current P.I. fiction; Spenser's Sneakers, Robert B. Parker's works and legacy; and CrimeSeen, crime TV shows and movies. Clicking on a label will display all related posts, latest to earliest.

If you wish email notification of …
2 comments
Read more