April 06, 2017
I'm a member of the Short Mystery Fiction Society, an informal association of writers, publishers, and fans that has kept mystery & crime short stories in the public eye since 1996. On April 1, the Society announced the finalists for its 2017 Derringer Awards, and I had the idea to promote the finalists with interviews. 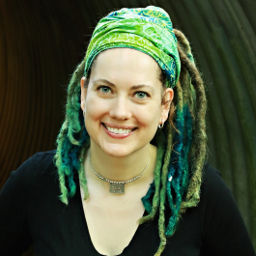 2016 Best Short Story Derringer winner Meg Opperman is a 2017 finalist for Best Long Story (4,001–8,000) with the November 2016 Ellery Queen's Mystery Magazine story "Murder Under the Baobab". Meg is a cultural anthropologist and Africanist by training. A former Fulbright scholar, she has lived in Tanzania, Kenya, and Zimbabwe, but currently resides stateside. Her work as an anthropologist and researcher often informs elements of her short stories.

A bank robber seemingly turns himself into a goat while simultaneously making the bank’s 100 million shillings disappear.

The most enjoyable part of any story for me is learning more about the characters and watching them do unexpected things. In this case, I also really enjoyed getting into the setting—it's like visiting an old friend. The hardest part of writing this story was allowing myself to take some liberties with the setting. I've placed the story in a real location in Tanzania, but I've redesigned a few buildings, added details here and there that don't exist. For example, the particular baobab in the story's title doesn't exist in the location I set it...or not that I’m aware of, at any rate.

Do you have a juicy story about how the story came to be published?

No interesting tale, but I feel like as a creative writer I should make one up. I'm missing a golden opportunity here.

Will I come off like Tony the Tiger if I say, "GRRREAT?" Well, it does feel great. Having my peers select "Murder Under the Baobab" as a Derringer Award finalist is reaffirming in a way that keeps me motivated on those days I feel like all my work is dreck, and I should probably stop writing to spare readers' poor eyes. It reminds me that I can write something that someone else wants to read. I'm deeply honored and humbled to have my story selected.

June 03, 2015
On sale June 9 from Polis books: Evil doesn’t always live next door. Sometimes it lives right in your own home. Eve Moran has always wanted “things,” her powers of seduction impossible to resist for those who come in contact with her toxic allure. And over the course of her life, she has proven both inventive and tenacious in getting and keeping whatever such things catch her eye, whether they are jewelry, money, or men. Eve lies, steals, cheats, swindles, and is even willing to take a life, paying little heed to the cost of her actions on those who love her and depend on her. Her daughter, Christine, compelled by love, dependency, and circumstance, is caught up in her mother’s deceptions, unwilling to accept the viciousness that runs in her family’s blood. It’s only when Christine’s three-year old brother, Ryan, begins to prove useful to her mother, and Christine sees a horrific pattern repeating itself, that she finds the courage and means to bring an end to Eve’s tyranny. An a
1 comment
Read more