William Petrocelli, Bookseller and Author of THE CIRCLE OF THIRTEEN 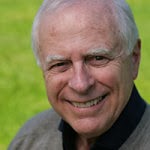 William Petrocelli is co-owner, with his wife Elaine, of the Book Passage bookstores in Northern California. His books include Low Profile: How to Avoid the Privacy Invaders and Sexual Harassment on the Job: What it is and How to Stop It. He's a former Deputy Attorney General, a former poverty lawyer in Oakland, and a long-time advocate for women's rights. The Circle of Thirteen is his first novel. 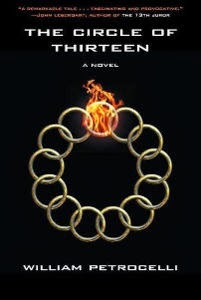 How far do the ripples of violence go? The Circle of Thirteen begins with a mindless act of family violence in 2008 and spans seven decades, finally culminating in the desperate effort by Julia Moro, the U.N. Security Director, to stop a major act of terror. In this rich, textured thriller, Bill Petrocelli weaves the story around themes of poverty, political corruption, environmental disaster, and the backlash against the rising role of women.

In 2082, as a catastrophic explosion threatens to destroy the new United Nations building in New York, Julia Moro finds herself on the trail of the shadowy leader of Patria, a terrorist organization linked to bombing attempts and vicious attacks on women. One of those groups of women – the Women for Peace — was headed by thirteen bold women who risked their lives to achieve world peace and justice.

Weaving back and forth in time, this gripping narrative illuminates the unbreakable bond between strong women, providing an emotionally grounded window into the future’s unforgettable history. This is a thrilling ride that will mesmerize until the end.

Gerald So: The Circle of Thirteen sounds like a sweeping, cross-genre story. How did the concept come to you? If you would, describe its road from inspiration to publication.

Bill Petrocelli: I plead guilty as charged – The Circle of Thirteen is relentlessly cross-genre! It is rather sweeping in its scope, and it's for that reason that I felt compelled to structure it as a thriller in order to maintain the pace and the tension. The broader the story got, the more determined I was to keep it under control and fit it into the thriller mode.

In terms of structure, my inspiration was Robert Wilson's A Small Death in Lisbon. Wilson used two narrative threads – one a contemporary criminal investigation over a period of about two weeks; the other a historical back-story that bridged about forty years. In the end, the two stories merged in a thrilling resolution.

The inspiration for my theme is a little harder to pin down. If anything, I suppose it was Margaret Atwood's The Handmaid's Tale. I wanted to explore the theme of women's expanding role in our society and the backlash against it.

But themes and structures don't make a compelling story all by themselves. In the end I tried to create characters that the reader will either love or hate (I have some of both).

Gerald: Which current trends in the book business most excite you (positive) or concern you (negative)?

Bill: The trend that gets the most publicity is the growth of e-books. This trend has the most money behind it and the most high-tech glitz to capture the media's attention. Although it's an important trend, it by no means signifies the end of the printed book (as some of the more breathless commentators have predicted). Right now, e-books are hovering around 30% of the market, and their growth in market-share has slowed considerably. Most experts now seem to think that they will become a permanent part of the publishing business but only alongside of books that are in more traditional formats.

But there's another trend that has been growing over the last couple of decades, and it has received relatively little attention. This is the increasing role of books as a catalyst for personal interaction. Until about twenty years ago, most bookstores just put books on the shelf, opened the doors, and hoped for the best. All of that has changed. Authors now interact more frequently with readers and booksellers through in-store author events, writers' conferences, video-links, blogging, and writing classes. Readers frequently interact with booksellers and other readers through book clubs, in-store discussions, staff recommendations, and community events. This has had a big impact on the book business, and independent bookstores are in a strong position to take advantage of this trend.


My thanks to Bill. More information about The Circle of Thirteen can be found on WilliamPetrocelli.com, including tidbits about the inspiration behind the novel and Bill's event schedule. He can also be found on Twitter @billpetrocelli.

December 12, 2021
USA Today and international bestselling author Alison Gaylin yesterday tweeted this Publishers Weekly book deal news : In a world rights deal endorsed by the Robert B. Parker estate, Ivan Held and Danielle Dietrich at G.P. Putnam’s Sons bought two books by Mike Lupica and one by Alison Gaylin for three of Parker’s series. Parker died in 2010, and the books Lupica is penning will be new installments in the Spenser series and the Jesse Stone series. Lupica is a sportswriter and was friends with Parker; he’ll be taking over the Spenser series from Ace Atkins, whose final Parker title will publish in January 2022. Gaylin ( The Collective ) will write a new installment in Parker’s Sunny Randall series; in doing so, she will become the first woman to take over a Parker series. Lupica was represented in the deal by Esther Newberg at ICM Partners, and Gaylin was represented by Deborah Schneider at Gelfman Schneider (which is part of ICM Partners). Successful in several categories of cri
2 comments
Read more